The Lunacon hotel block is now open. Please note that the hotel is now using the Passkey reservation system for all groups, so there are a few things to be aware of when making your reservation.

Please be aware that although our rate is $135 for Single/Double/Triple/Quad (and $115 S/D/T/Q for Sunday), we have been made aware that there is an error in the system and it may be charging extra for Triple and Quad occupancy. We have notified the hotel, and they are working to fix the problem.

If you have any special requests or experience any problems when making your reservation, please send an email to hotel@lunacon.org, including the name the room is reserved under and your confirmation information. We will do our best to make sure requests are accommodated and problems are resolved.

-- Order your Official FurFright Hockey Jersey and join Team FurFright! This jersey is one of a kind and bad-ass! You can personalize it with your own name and number, and it's only available if you pre-order! It will NOT be sold at the con!

To see and order your jersey visit: http://www.furfright.org/constore.html

-- Submit your artwork & writing and have it showcased in the conbook, on badges, t-shirts, etc! And if we use your work you get a free gift!

-- For the love of all that is holy, do NOT wait to register at the door! Because our attendees value the intimate, family feel of FurFright, we host a maximum of 1500 attendees. Once the badges are gone there are no more, so we STRONGLY suggest you register ahead of time! Once you pre-register you're guaranteed admission, so why wait?

Panic and wet yourselves! God knows we are!

-- We Need Programming!: We need skilled, knowledgable furs like you to run panels, socials, and events!

This is a one-time offer only! These will NOT be sold at the con, so order now!

To see and order your jersey, visit: http://www.furfright.org/constore.html

-- Artwork & Stories Needed!: If you'd like your artwork or writing featured in our conbook, or on badges, t-shirts, etc please...

-- Pre-register Before Badges Sell Out!: For the love of all that is holy, pre-register for the con to guarantee admission! We host a maximum of 1500 attendees, so register now before badges sell out!

The Group That Shall Not Be Named (HP-NYC), in cooperation with Ray "The Dark Lord Bartender" Smith and the Margate Hotel, Laconia, New Hampshire, are thrilled to announce a new Harry Potter fan convention to be held in May of 2013 called MISTI-Con. Designed to fill the need for smaller, more intimate HP conventions, MISTI-Con will transform the Margate into an immersive magic experience.

The Ministry has suffered great losses after the last wizarding war, and needs new bright individuals to work in its halls. A special project was launched to set up various training centers around the world, including one in a stunning beach resort in Laconia, New Hampshire. As applicants participate in the various training sessions, including academic presentations, combat skills, group discussions and panels, they have the opportunity to be hired on to work in any of the extensive departments in the Ministry. Being that this is a time of growth and renewal, the arts and creative endeavors of our magical citizenry will also be on display, with galleries of art, readings of fiction, and musical performances.

To keep up to date and find out more information about MISTI-Con as it becomes available, please join our mailing list.

You can also find out more by reading our FAQ or by visting our Forum.

Check out convention listings at SciFiConventions.com


MISTI-con got a huge boost from kickstarter a few months ago.  There will be stage set and all sorts of great entertainment and decor.

Misti-con is limited to 500 attendees. 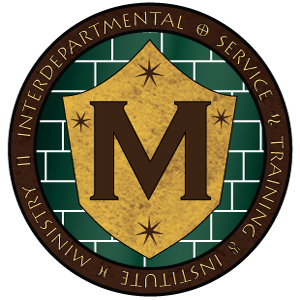 I've eventually got round to putting my pictures from last year's Novacon on the web:

Pi-Con, an intimate (~300 person) convention in the Pioneer Valley, now has hotel room reservations open! Rooms are just $99 a night at our lovely hotel, the Holiday Inn Enfield-Springfield. If you've been thinking about attending Pi-Con, but haven't yet, this is definitely the year to do it!

We have a lot of exciting programming and events planned at this year's con, the information of which will be going up on our website over the next few weeks.

More information about Pi-Con, making a room reservation, registering, and guests can be found on our website over at http://pi-con.org/ and I'm happy to answer your questions in this forum (or direct you to the correct place if I can't answer them myself).

The first two guests have been announced for next year's Redemption 13 convention. They are actress Virginia Hey and author Kim Newman.

Virginia Hey
Born in Sydney, Australia, Virginia now lives in the UK. Starting off as a model, she first came to acting prominence in Mad Max 2 (aka The Road Warrior in the US), in white armour and went on to play Leigh Templar in Prisoner: Cell Block H and Jenny in an episode of Timeslip. She appeared in Neighbours for a year before portraying General Pushkin's (John Rhys Davies) girlfriend in the Bond movie The Living Daylights.

After a spell in various TV shows (including Home And Away and Dolphin Cove) she came to SF stardom as Pa'u Zotoh Zhaan in Farscape. Her most recent acting role was as Ute in the 2011 film Alien Armageddon. Since then, she has taught meditation, and founded her own company making various examples of parfumerie and scented products, and teaches meditation.


Kim Newman
As well as being an award-winning novelist specialising in alternate history fantasy/horror novels, Kim is well-known as a reviewer for Empire and Sight & Sound. His nonfiction writing has included analytical guides to various genres. His fiction career first took off with various Warhammer novels under the pseudonym Jack Yeovil, but really came to prominence with Anno Dracula in 1992, which has spawned a series.

Most recently he delved into a unique take on Sherlock Holmes pastichery with Professor Moriarty: The Hound Of The D'Urbervilles. He also wrote the acclaimed Telos Dr Who novella Time And Relative, and many short stories. Kim is also a familiar face on TV and DVD features, especially in programmes about SF and horror.

He has won the Bram Stoker Award, the International Horror Critics' Guild Award (twice), the British Fantasy Award and the BSFA award. 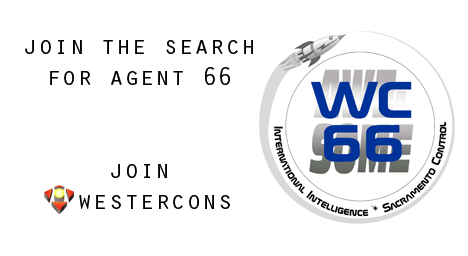 Just a quick reminder that MAIL-IN pre-registration for ApolloCon 2012 closes on Monday June 11.

Registrations sent by USPS must be postmarked by June 11.

The current registration for a three-day adult membership is $35. At the door will be $40.

General questions may be sent to info.2012@apollocon.org.